July was full of travel: to Norwich for a few days, and a day in London; then to Swaziland and on to Durban; the return trip to Norwich late July. This was mostly done in economy – or on the KLM flights, in premium economy, which gives a bit more room. The exception in the class of travel was the trip to London. There seems little sense in how rail travel is priced. I needed to get an early train and the cost of a first class ticket was £46 while for an economy ticket it was £45, which really is a no brainer! On the train the toilet had a delightful sign under the lid, there is a photograph in the gallery, but it is a little out of focus. The sign said: ‘Please don’t flush Nappies; sanitary towels, paper towels, gum, old phones, unpaid bills, junk mail, your ex’s sweater, hopes dreams or goldfish down this toilet’. How nice to see a sense of humour on the train. Apparently the carriage had been borrowed, or hired from Virgin Trains. 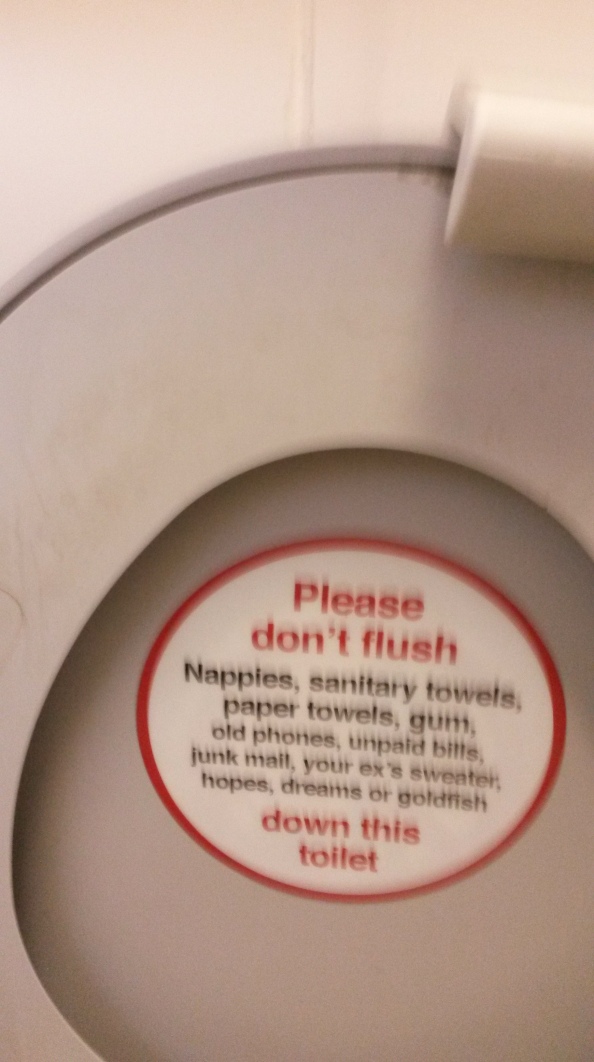 I was in London as an invited guest for the induction process for new Fellows of the Overseas Development Institute. This was a real pleasure because, in many ways, it was closing several circles. My first career job was as an ODI Fellow in the Ministry of Finance and Development Planning in Botswana from 1980 to 1983. In those days there were about 12 fellows, we were all economists, and were mostly posted to African governments. How fantastic to have the opportunity to do for new fellows what was done for me 35 years ago. Furthermore in about 2006 I realised that we needed capacity at HEARD. I approached ODI to ask for support and we were lucky enough to have three ODI Fellows working with us, for whom HEARD paid the full cost.

The way the Fellowship scheme works is that young economists and statisticians are sent to various developing countries around the world where they are given posts in government, central banks or similar positions for two years. The HEARD Fellows were Anokhi Parikh, an Indian national with an Oxford MA who is currently doing a PhD at the University of Witwatersrand; Khaled Ahmed, who is British; and Ilaria Regondi, who is of Italian origin and is now with the UK Department of Health. They all contributed greatly in Durban. In the last few years ODI has broadened: they no longer send only economists. The Gates Foundation is funding a stream of Fellows to work on “Financial Inclusion”. It is an amazing programme enabling young people to gain experience in international development.

So I took the train to London to talk about what ODI had meant for me. There were just two former fellows given this honour, the other being Lord Andrew Turnbull, the former head of the UK civil service and a Fellow in Zambia in the late 1960s. We each spoke for about 20 minutes, took questions and then had lunch with the Fellows. I was able to talk about my own experience. When HEARD faced capacity problems in Durban I called ODI. My links may well continue because none of the current intake, some 60 young people, have yet done doctorates and ODI has never taken people from Canada or the BSIA as Fellows. Hopefully in the years ahead some students from the Balsillie School may apply for Fellowships. I would welcome Fellows wanting PhDs to Waterloo.

The ODI office is on the south side of the river Thames on Blackfriars road. The GPS on my phone took me across London, the first time I have used this technology. It is about a 50 minute walk from Liverpool Street which is where the train from Norwich arrives and departs. (It did not matter how fast or slow I walked). Since I had plenty of time, and it was not raining and was warm, I decided to walk to the station. The route took me across the cold and grey Thames past St Paul’s Cathedral. There is a chapel in the crypt of the Cathedral called the OBE Chapel. I decided to go and have a look. Since I was wearing my OBE lapel pin I asked if I was allowed to go in. I did not have to pay! It was really cool and a privilege. So I said a prayer by way of thanks. The crypt has two large tombs: those of Admiral Lord Nelson and the Duke of Wellington, the national heroes of two centuries ago.

The trip to southern Africa was mostly successful. I flew to Johannesburg on the KLM flight, spent the night there, and then drove down to Mbabane. I had a day of meetings with the AIDS team there and on Saturday we had the Governing Council meeting at Waterford. All is well at the school. We had the usual invitation to the art exhibition opening and there is clearly some real talent at the college. Going through the financials is always challenging, but as far as I can see, we are solvent. This was not always the case. I stayed at the Mountain Inn which is one of my favourite hotels.

On Sunday, I drove back to Johannesburg. I passed through two speed traps without being pulled over, but third time was unlucky. I was doing 137 kph in a 120 zone and that led to a R300 fine. This is the second time in two years, but more concerning is that, on both occasions, it was hinted to me that if I paid a bribe I would be treated leniently. For the second time I said righteously, “no, give me the ticket!” This petty corruption is clearly something that needs to be reported and nipped in the bud. I am going to have to look how to do this. I had a few days in Durban, and then flew back to the UK for a spell before the return to Canada, which I had to delay.

In Durban I went out for almost every lunch and dinner, skipping breakfast to eat out and meet friends and colleagues. I am not sure where I picked up giardia, an unpleasant stomach parasite. It probably was the result of not taking more care. No more will be said about this ailment here. The web is available and a quick search will reveal more than most people want to know. This includes the information that it was first observed in 1681 by Antonie van Leeuwenhoek in his own diarrhoea and the genus was chosen to honour Professor Alfred Mathieu Giard of Paris (I feel fortunate to have been made an OBE). Hopefully, a three day course of antibiotics should take care of it. My GP said this ailment is uncommon in the local surgery. As a result of this bug the last part of the journey – from Heathrow to Norwich – was not at all pleasant. It involved taking the Heathrow Express to Paddington, the tube across London to Liverpool Street Station and then the train up to Norwich.

Drive Hard (2014). This is an excellent Australian film set on the Gold Coast. The retired racing car driver Peter Roberts is now an instructor at a driving school. His wife is a high flying lawyer. One morning he drops his daughter off at school and his first client is clearly jerking his chain. The client asks him to stop at the bank so he can be paid but then robs the bank and effectively hijacks Roberts. It is what we called, as children a ‘skiet and donner’ film – translated as shoot and thump. It is funny and well observed.

American Sniper (2014). I had to pace this film over two flights as it is unrelentingly bloody. It is a story in two parts. In Iraq, the sniper kills insurgent after insurgent. In the USA, he falls in love, marries, and has two children. It is based on a true story, and interestingly was filmed in Morocco (I wonder how the authorities there felt when they saw the finished product). It does not glorify war but nor does it ask the big questions about why this happened in the first place. In real life, as the film reveals at the end, the sniper Chris Kyle was shot and killed, at a shooting range by a 25-year-old U.S. Marine Corps veteran with post-traumatic stress disorder. I primarily watched this film because of the reviews and the publicity, but would not have gone to cinema.

Little Shop of Horrors (1986). This musical known to many parents as a high school production, tells the story of a florist’s assistant who acquires a man eating plant (which could have come from outer space during a total eclipse of the sun). The plant initially demands blood, which the young man is forced to provide. As it grows bigger it demands human flesh. The side story is a love affair between Seymour and Audrey the two young people who work for Mushnik’s Flower Shop, in New York’s slums. The film is set in 1963 and includes some uncomfortable abuse of Audrey by her motorcycle riding boyfriend.